Seriously rubbish day at work today… and apparently there’s been fraudulent activity on my account so my bank card is suspended. Am knocking back fake Pimms with tonic (the fake Pimms is from Lidels half the price). About to haul out a unfinished craft project and finish it tonight. I need to stitch and create and feel I’ve done something REAL. I’m sure this is why crafting is so popular we want to have an end product, a sense of accomplishment. Rare indeed in the modern work place. 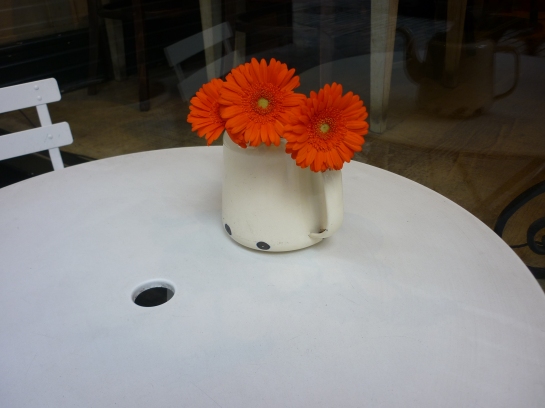 Two kinds of Enough. One is Enough Stuff the other is Enough Doing.  And today I was planning to get rid of lots of Stuff. And do the washing up backlog and make the house a minimalist paradise. Instead… well I’ve gone two loads of washing up and I’ve surfed a LOT.  The shouty voices of beration are well very SHOUTY.

But is that true? It is true that I did not turn the house into a spick and span minimalist paradise but I did 1. dash up town to go to demo outside the City Chambers for a planning committee meeting 2 return home and listen to a live feed of it 3. develop apoplexy 4. speak to a friend who’s dog was in for an op. 5. Listen to an edited version of my talk at the (un) productivity  conference to ok it before it goes out this weekend (sign up here to hear my dulcet duchess like tones). 6. write a fairly long email to a friend in the north 7. move a light bulb from one room to another (long story) 8. cook twice 9. get another phonecall update on dog op 10.  make a mini banana loaf 11 finish a square for an orphan. 12 throw out one bag of rubbish and 13 put out and bring in a load of washing.

Humm… yes I did spend WAY too much time online… and have that itchy unsatisfied feeling as a result but it wasn’t a total washout of a day – just not the one I was planning. 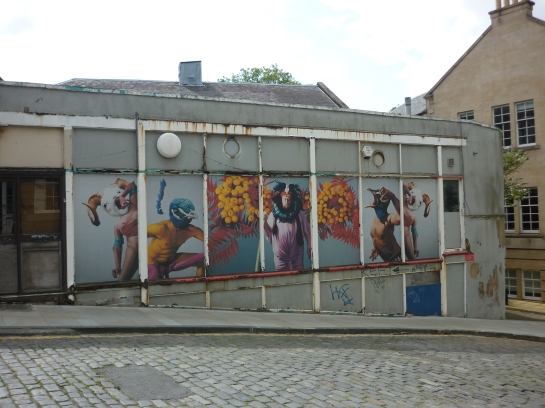 Just opp the Printmakers.I’ve never noticed it before… so I think it must have been boarded up and the covering removed. 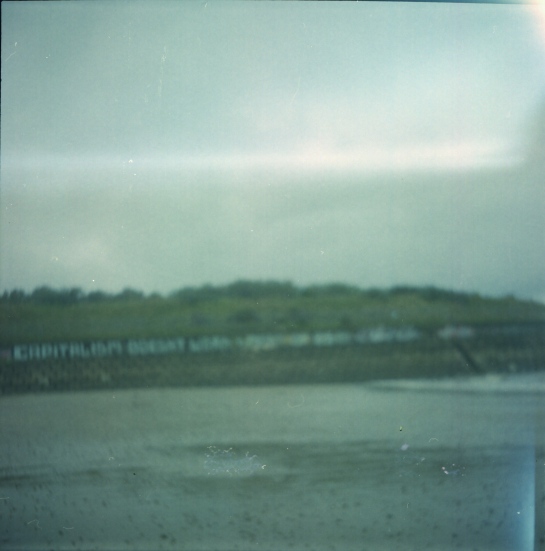 FOR MOST PEOPLE – great graffiti at Seafield . But now obscured by later graffiti. Holgas not very clear. Uppermost in my mind after #lebusstopflop  – after doing a bit of research into our local bus stops it turned out they are not put up by our local council (cough Edinburgh) but by advertisers. Their only existence comes as a place to place advertising. Edinburgh City has changed the contractor to JC Deceaux a French company with no idea of the climatic conditions of this place and have provided us with bus shelters with only two walls and tinted roof (TO KEEP THE SUN OFF !! HA! not seen the sun in months). As we have been essentially sold to a company we as citizens have no redress. And strangely enough in our main street Princes St where the company obviously thinks it can sell more advertising those shelters have a dizzying 3 walls.In the outlying areas less advertising revenue NADA! I got interviewed about it here in our local paper.

“Do not be deceived by the outside appearance of order in our plutocratic society. It fares with it as it does with the older norms of war, that there is an outside look of quite wonderful order about it; how neat and comforting the steady march of the regiment; how quiet and respectable the sergeants look; how clean the polished cannon … the looks of adjutant and sergeant as innocent-looking as may be, nay, the very orders for destruction and plunder are given with a quiet precision which seems the very token of a good conscience; this is the mask that lies before the ruined cornfield and the burning cottage, and mangled bodies, the untimely death of worthy men, the desolated home.”
― William Morris

fatblackcatjournal
Create a free website or blog at WordPress.com.